Dale City is a quaint community in Virginia that is just 25 miles to the Southwest of Washington D.C. The area was formed by a man named Cecil Don Hylton who supposedly named the city because of the hills and dales in the region. Average home values in 2013 ranged in the $250,000 to $260,000 area. More than half of the community consists of married couples and young professionals. Much of the population has a high school diploma or higher as well.

Every neighborhood in Dale City, except for Oakridge, has the suffix dale at the end, and one of the most interesting things about the neighborhoods is that most of the street names begin with the same letter as the community. For instance, in Darbydale, one of the streets is named Dillon Avenue. There are more than 65,000 people that call Dale City home.

Being near to the second largest shopping mall in Northern Virginia has a lot of perks for families living in Dale City. Potomac Mills Mall has tons of activities that keep residents busy for days. Sitting next to Mapledale is Andrew Leitch Park, which is home to Waterworks Waterpark. Residents enjoy the beach access to the park, volleyball, speed slides, jungle walks, and many other activities. Logan Park and Neabsco Creek are two more recreational areas where locals frequent for afternoon picnics, bicycle rides, and impromptu gatherings.

Because Virginia has a long-standing Colonial heritage, people can find tons of places with historical value. Some of the most prominent places in the area are the National Museum of the Marine Corps, the Rippon Lodge Historical Site, Manassas Museum, and the Americans in Wartime Museum. The Pope-Leighey is a Frank Lloyd Wright House that people drive from all over to visit. There are many artistic venues to peruse like the Electric Company, Happy Homes in Heathsville, and the 12 Historic Squares of High Street Art Galleries. Dale City is home to fun festivals too like the Virginia Wine Festival held in Bull Run Regional Park each year. 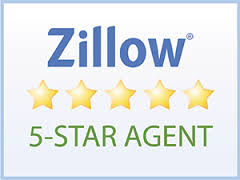